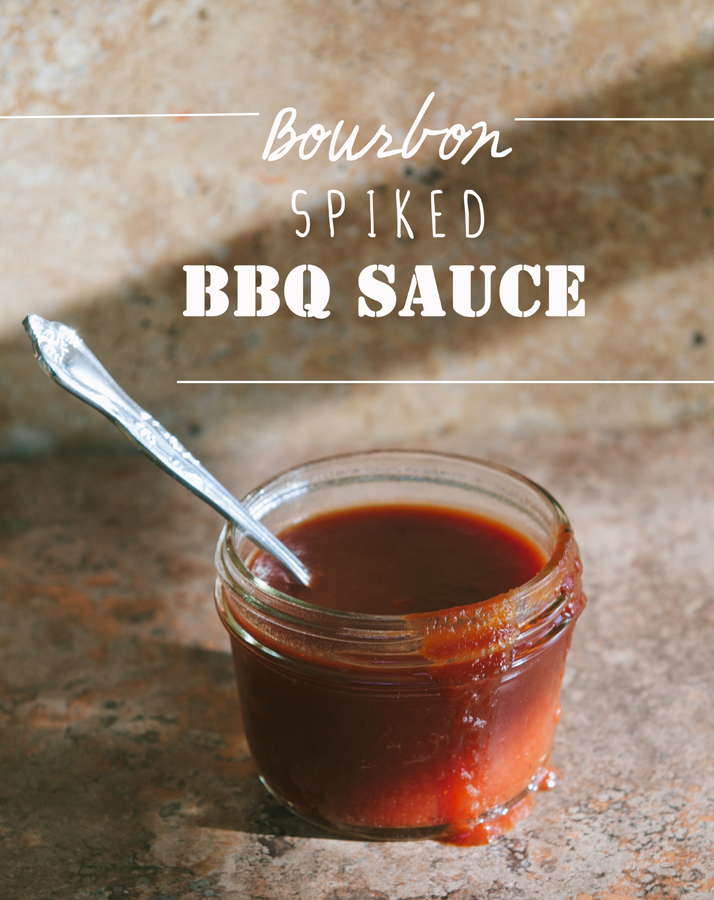 Alright, so I made BBQ Sauce. From scratch. *Queue the triumphant music a la Chariots of Fire.*

Dramatic, yes. Can you tell I’ve just impressed myself? Because, I’m feeling like a proud peacock. That’s right. I wanna open up my big peacock man-tail and strut it around in all of its fanned-out glory. I have to be a dude peacock in this scenario because the females don’t have those wondrous fancy tails. Bummer. Oh, well. But yeah… I’m humble-bragging over condiments. This is happening right now.

I’ve never been one to question condiments and their construction. Sure, maybe I dislike that my ketchup has so much sugar in it, but I’ve never been moved to make my own. Mustard? Forget about it. It seems painstaking. Note: I have no idea what I’m talking about. I’ve never actually looked up how to make either of those things. I think that might prove my point best of all. I’ve just never really taken much stake in making my condiments from scratch. Go ahead, roll your eyes. Give me the what for. I know a lot of people that make something called “Probiotic Ketchup“. I hang out with a lot of fellow, real foodie, hippie-types. I understand I’m behind the curve on these matters.

What I’m about to do doesn’t include probiotics or fermentation… but, it is going to involve BOURBON. Did I kind of go the other way with that one? Maybe. But, let’s just go with it.

One winter morning, I found myself in a meaty conundrum. I had recently come into some brisket. What does one do with a hunk of brisket? I’ll tell you what. They slather it in BBQ sauce and slow cook the heck out of it. Perfect. I was all in. However, I was all OUT of BBQ sauce.

A thought popped into my brain… “How hard could it be to make my own?” I had a moment where I stared at a can of tomato sauce and a bottle of bourbon. Back and forth. Double take. What next? I consulted my trusty book How To Cook Everything. You should check it out. It’s exactly what it sounds like. It gave me the base idea for this sauce. We got to mixing and stirring and bourbon-ing. Things smelled all good and BBQ-y. Brisket got spiced and slathered and put into a hot slow-cooking bath of freshly-made, booze-y BBQ liquid love. Smokey, tangy, bourbon-y. Yes. Just yes.

Brisket day was saved. Peacock feathers were fanned. All was right in the world. 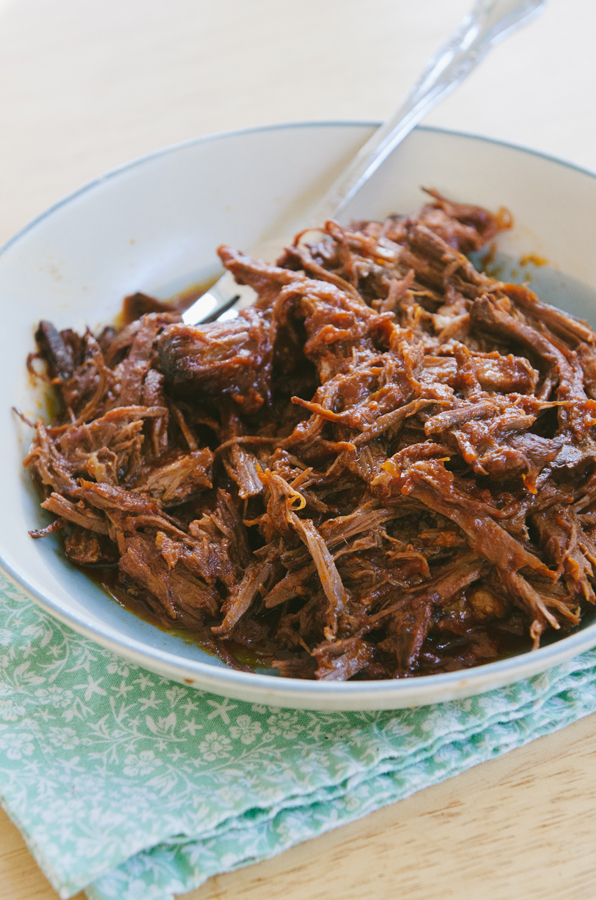 Later this week I’ll share the recipe for this heavenly Slow-Cooked BBQ Beef Brisket. I wouldn’t hold out on you like that. But, until then, maybe whip up a batch of this here BBQ sauce and eat it by the spoonful. Fill up a bathtub and bathe in it? I wouldn’t want to be around for clean-up, but I’m also not saying it’s a 100% terrible idea (it probably is).

Go forth. Make sauce. Crank a triumphant soundtrack. Come back and humble-brag the heck out it. I’ll understand.

Adapted from How To Cook Everything

PAID ENDORSEMENT DISCLOSURE: In order for me to support my blogging activities, I may receive monetary compensation or other types of remuneration for my endorsement, recommendation, testimonial and/or link to any products or services from this blog.
Gina Marie2015-04-15T21:09:25-07:00

Wrote this in a few minutes this morning to get so