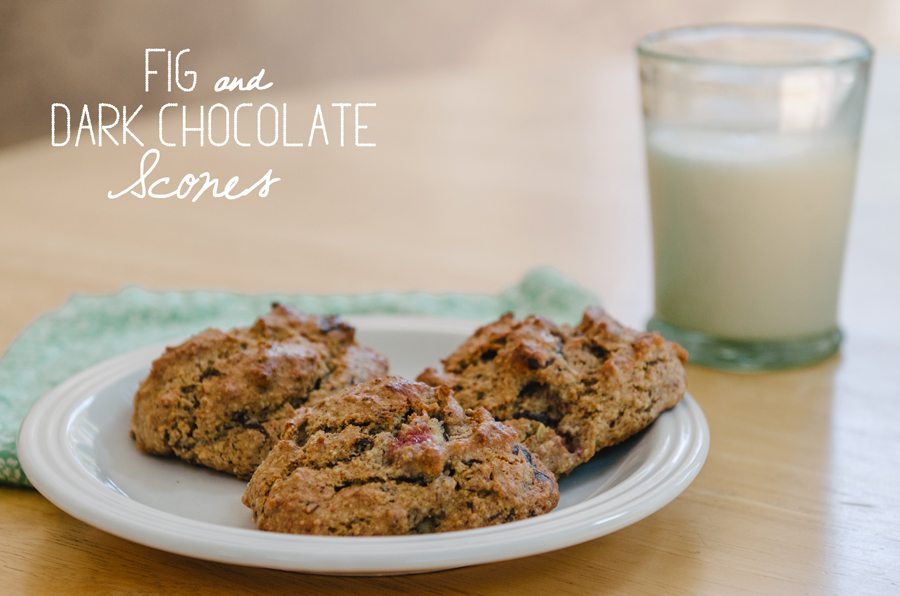 For most of my life, I thought Figs were a mythical kind of fruit. You know, like the fruit equivalent to a Pegasus or a Griffin.

To be fair, I never actually saw a whole fig in the flesh until my adult life. I had two fig references in my wheelhouse:

1) Fig Newtons: A delightful snacking cookie. I thought the person who made these cookies was named Mr. Fig Newton. I once asked my Grandfather what the filling was inside these cookies, to which he replied “something prunes.” As you can imagine, this threw me off the scent. As far as I was concerned Mr. Fig Newton was sitting in his house baking cookies filled with “something prunes.” I asked no questions.

2) Christmas Caroling: You know those lyrics in We Wish You A Merry Christmas? There is a whole verse where we demand something called “figgy pudding.” In my mind this sounded totally gross, and I didn’t ask questions. I assumed this so-called pudding was probably mushy, stinky, and something from tales of yore. I had visions of people clad in bonnets and bodices scooping chunks of wobbly pudding out into the hands of Christmas carolers. Whatever this stuff was, it was for sure old timey, as I’d never heard of it in my modern world. What ancient sorcery was this?  I don’t know. Maybe it was “something prunes.” Probably “something prunes.” 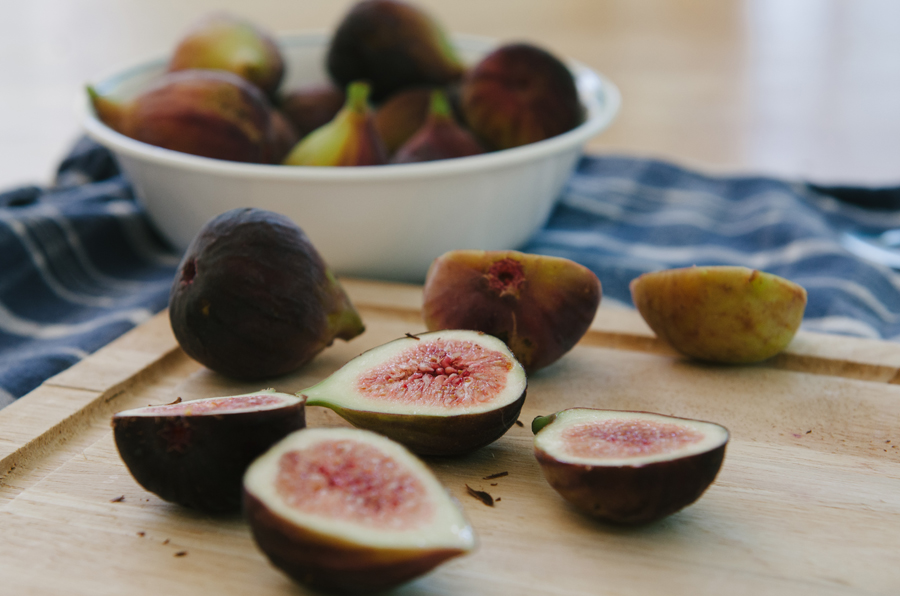 It wasn’t until I was grown that I would be educated on this here fruit. I was schooled by a five year old. I asked a  kid what kind of fruit that was in his lunchbox. He replied “It’s a FIG, of course.” Wait a sec. My mind was blown. All those years of not knowing. All those years of “something prunes.” I was twenty three years old. Also, did that kid really need to say “of course”? I mean, way to rub it in. Later that year, I made it a point to bite into a fig. It was glorious. It tasted like jam. I was sold. I was also kind of crushed that Mr. Fig Newton was not a real man. 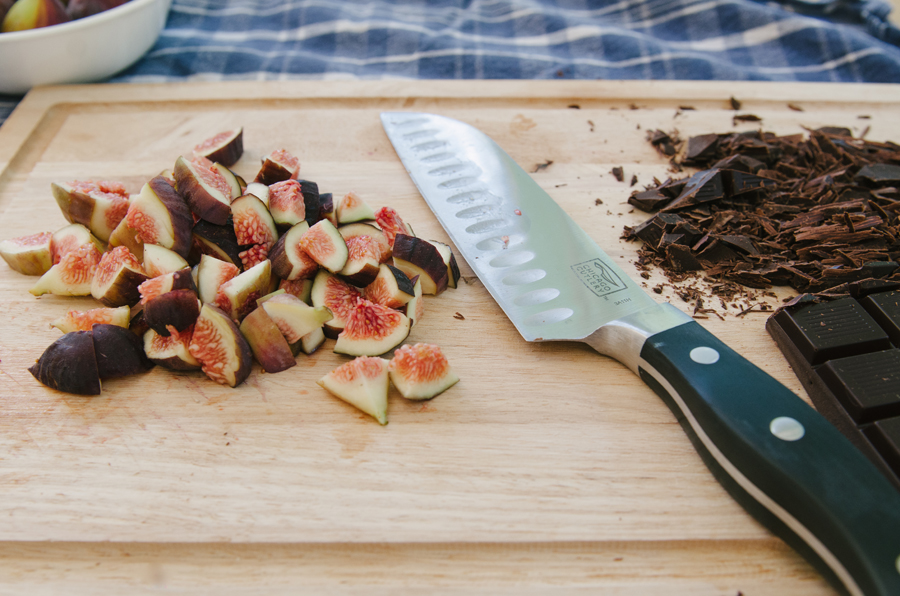 Fast forward to now. I’m an adult who knows things about figs. I buy them at the grocery store. I chop them up. I pair them with chocolate. I bake them in batter. It’s a good thing we’ve got going. When you heat up figs they get even sweeter and more jam like. Who doesn’t want to bite into a scone and be met with jammy, hot fruit and melty dark chocolate? I’m going to say either no one, or more likely people who like joy. That’s right I said it. Harsh? Probably. 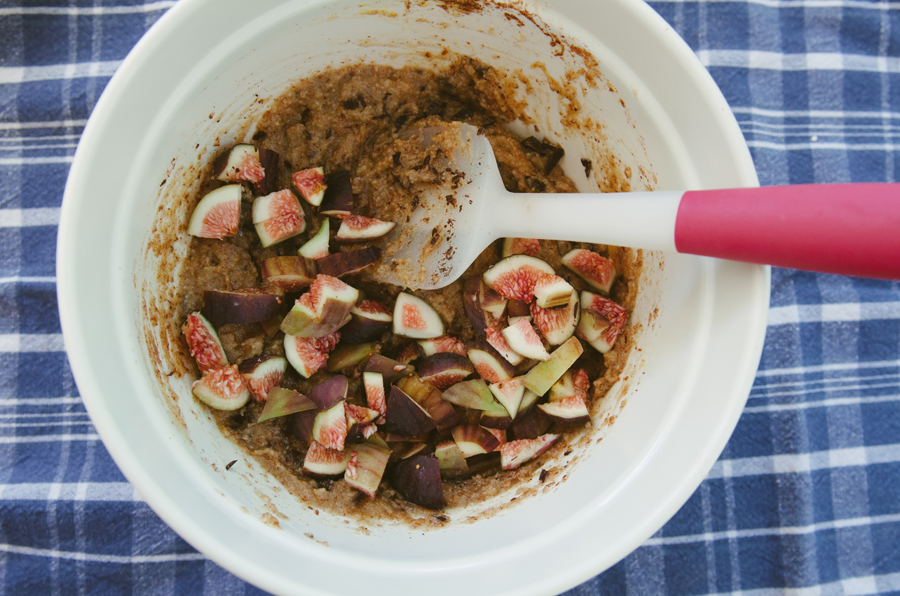 Almond meal makes such awesome scones! They come out a little bit like muffin tops. Slightly crisp on the outside, but soft on the inside. They are totally addicting, especially when loaded with figs and coarsely chopped dark chocolate chunks. Yum. 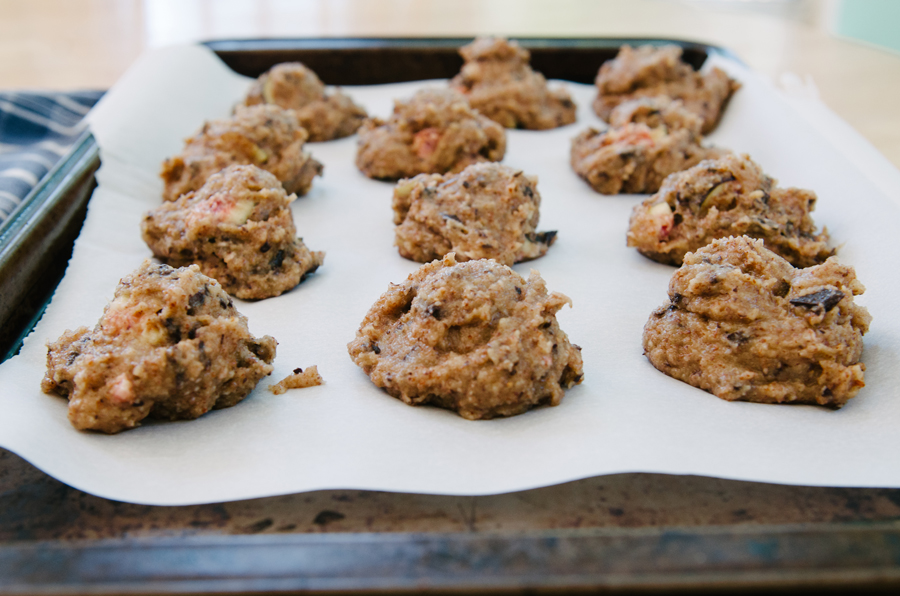 After folding your batter together, you simply use two spoons to divide and scoop the batter out onto a piece of parchment paper. The parchment paper is so helpful when baking with almond meal, since the batter can be sticky. Pop your baking sheet in the oven and marvel as your house starts to smell like what I can only imagine the mythical Mr. Fig Newton’s house would have smelled like… plus chocolate. 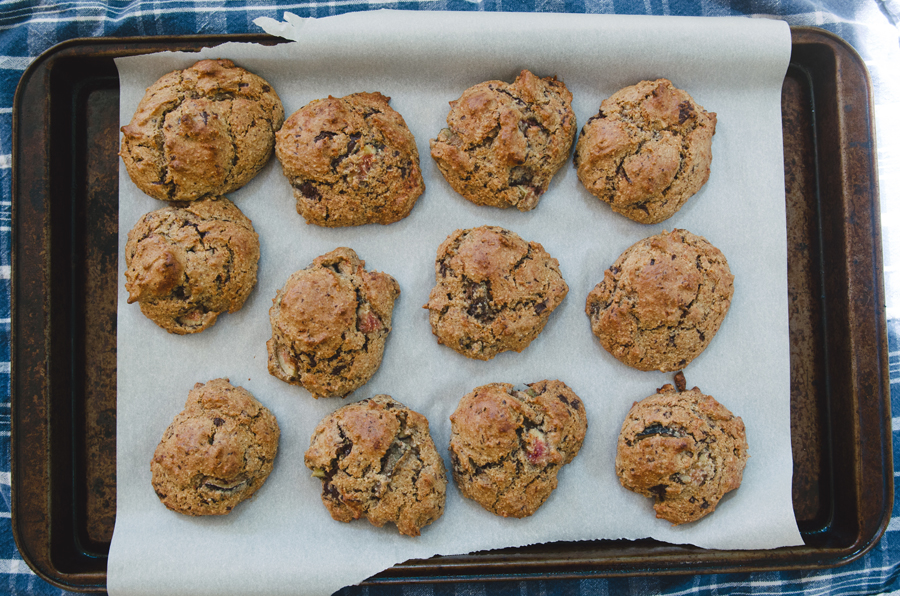 They are done when they’re a light golden brown. I always have trouble giving them a couple of minutes to cool down and harden up a bit. It’s a little bit like torture, but it is in your best interest. If I had a dollar for every time I burned my tongue on a baked good, I’d at least have thirty dollars. That’s not that impressive. Oh, well. Still… it’s not the best way to make thirty bucks. 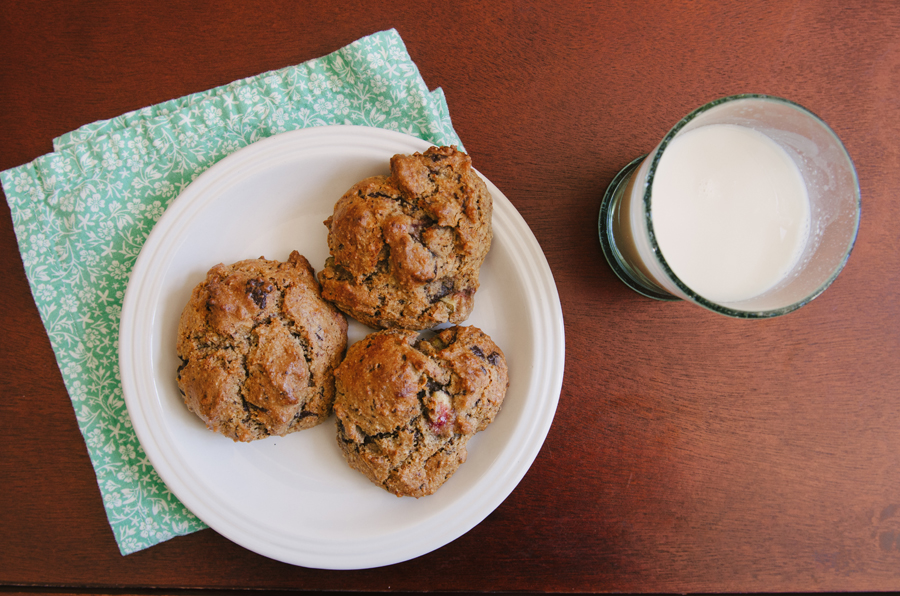 Once they’re done, you can totally take three of them and eat them in quick succession while dunking them into a glass of almond milk. This is my tried and true method.

Now… bring on the figgy pudding!!

Adapted from The Gluten-Free Almond Flour Cookbook by, Elana Amsterdam.

This post is linked to Party Wave Wednesday at HolisticSquid.com!

PAID ENDORSEMENT DISCLOSURE: In order for me to support my blogging activities, I may receive monetary compensation or other types of remuneration for my endorsement, recommendation, testimonial and/or link to any products or services from this blog.
Gina Marie2015-04-15T22:08:16-07:00