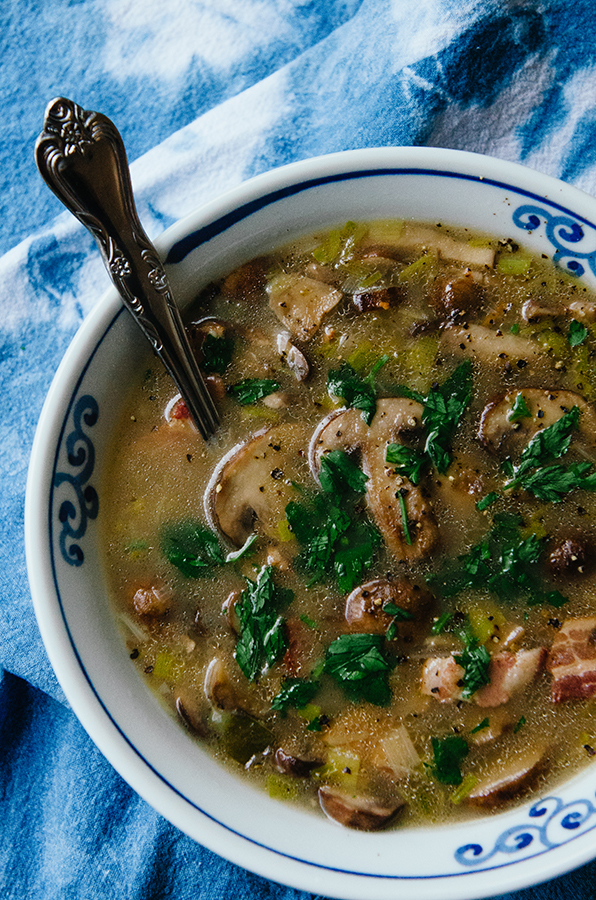 This morning I was startled awake by the heinous loud beeping of the carbon monoxide detector. My heart began pumping quicker, signaling to me that we probably needed to evacuate the house before submitting to a gas induced death. I jumped out of bed. I tried to think about where the cat carrier was. I found the dog sleeping on the couch, unimpressed by my antics. I put on shoes. I did not put on a bra. I grabbed my cell phone. These are the actions that I took in a very sleepy and very confusing emergency. I texted my husband, in a calm fashion. I was instructed to climb an it’s-too-early-for-this-$hiz-step-ladder and press a button that said “SILENCE”. As it turns out, the carbon monoxide detector was simply malfunctioning. Phew. In celebration that I would not be evacuating my home, and would in fact live to see the afternoon, I passed out into a deep sleep still wearing a questionable pair of crocks. I only know that I wore my crocks to bed because I woke up with them off and under the covers. It’s confusing to wake up with a rubber clog negotiating its way into your backside. 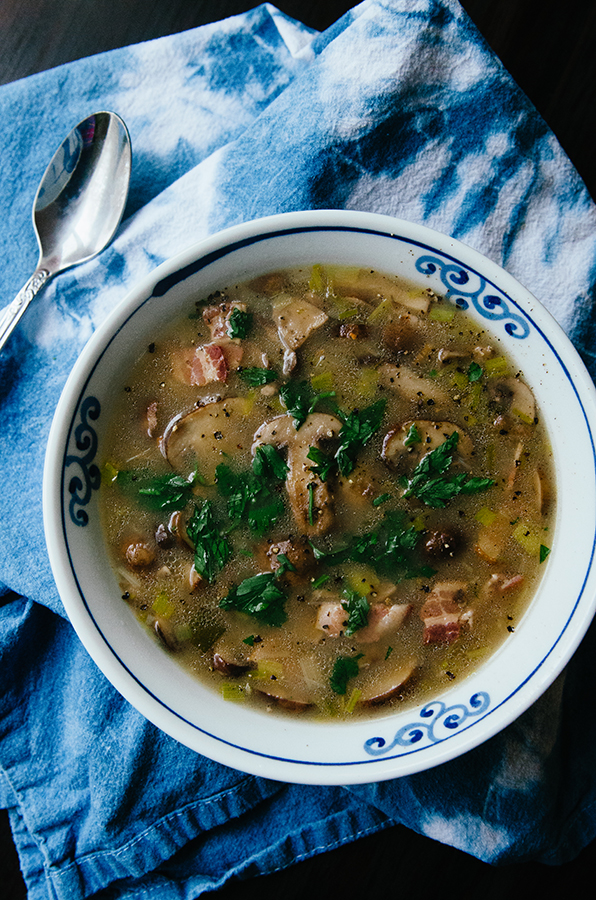 Still, when you wake up from a perceived disaster, and the only casualty is a rubber shoe touching your butt, things look pretty rosy. I decided to get creative and make some salmon cakes for breakfast. I was working off of this Chipotle Lime Salmon Cake situation that I made last year, but creating a different flavor profile. Artichokes, herbs and lemons were all very much involved. It wasn’t until they touched the frying pan that I realized that I had forgotten the eggs. Now, this might not sound significant if you’ve never salmon-caked. However, it’s VERY significant. Without the eggs the whole thing kinda turns into the inside of a tuna melt but without the bread. It’s a hot little mayo-laden fish patty. So, that was breakfast. Hot salmon sandwich insides. “At least I’m alive” I thought, as I horked down weird hot salmon salad parts–This is so much better than succumbing to my mortality. 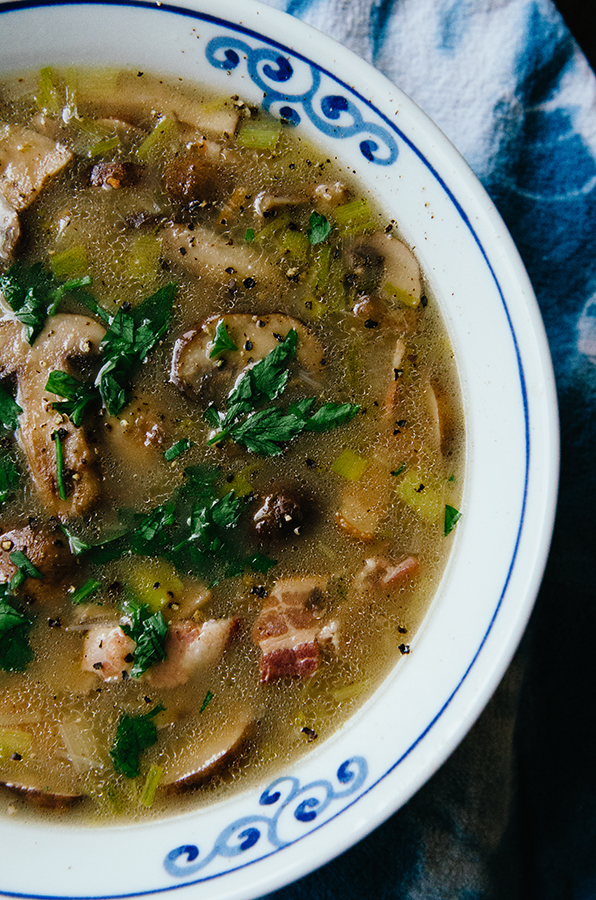 I decided after slamming down some tortured fish patties, that Wednesday would not take me down, I simply needed to STOP trying to be fancy. Just go with the flow. Don’t swim upstream—salmon style. Instead, dip back into what you know. The rain clouds are starting to roll back in, the living room is weirdly dark for late morning, and if we listen closely I’m pretty sure we can hear Mother Earth herself whispering “Giiiiinnnnaaaaaaa, just make souuuuuuuup.”  Ok. I can do that. It’s kinda my thing. Did you know that they called me Souper Star in college? That’s not true. No one has ever called me that–except that voice in my brain after a long day of recipe development. Things get weird when you work alone, guys. It’s not infrequent for me to actually high five the dog on a day to day basis. Coworkers, amiright? 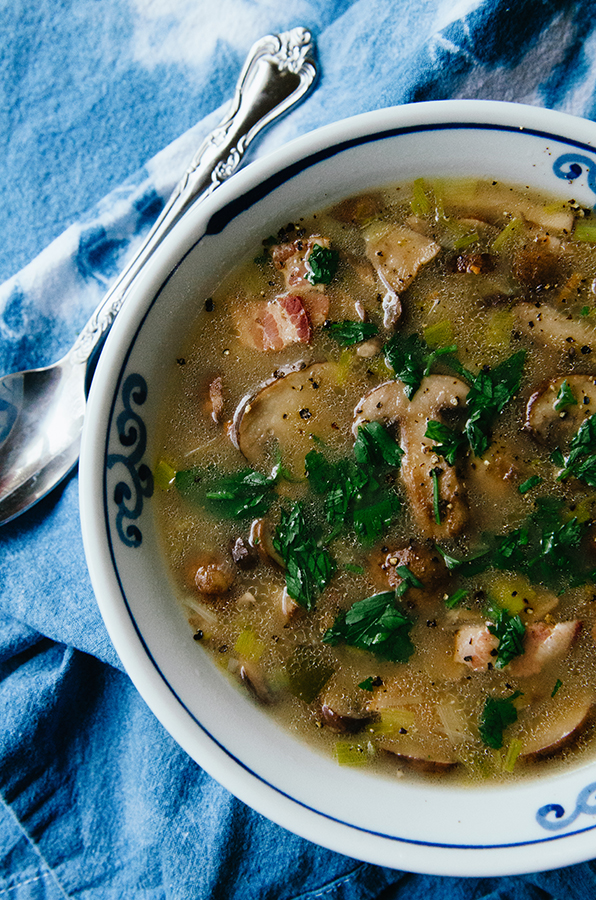 Before this becomes a diary entry exploring my poor fashion choices and a ballad for the lonely, let’s discuss this here soup. If you’re looking for something to sing the glorious sound of umami all up and down the halls of your digestive tract, this is IT. Mushrooms bring earthines that marries with the saltines of the bacon. Coconut milk, while it seems out-of-place, does not make this pot of soup into a disastrous hot pina colada, but in fact entirely tastes like cream. If you take the time to make your bone broth from scratch, the healing prowess of this soup goes up by an imaginary 5,000%. If not, it’s still good. The whole thing is rather unfussy and perfect for cold weather. That’s what we need today. Less fussiness. Less brushes with imaginary death. Less salmon failures. MORE soup. Always soup.

I hope you are all having a very blessed and blunderless Wednesday. May you never wake up with the rubber sole of a crock gently kissing your buttocks. Amen. Bon Appetit.

PAID ENDORSEMENT DISCLOSURE: In order for me to support my blogging activities, I may receive monetary compensation or other types of remuneration for my endorsement, recommendation, testimonial and/or link to any products or services from this blog.
Gina Marie2017-02-15T12:21:12-08:00

A couple of hammocks and a grill sitting in the la

Said goodbye to this pretty SoCal drip today, and

I wore a tank top in December. 🌅

Someone had a ball on our morning walkies. 🥳🎾

And, that’s what we call a double entendre. 💁🏻‍♀️

A couple of hammocks and a grill sitting in the lake, just like nature intended.😳