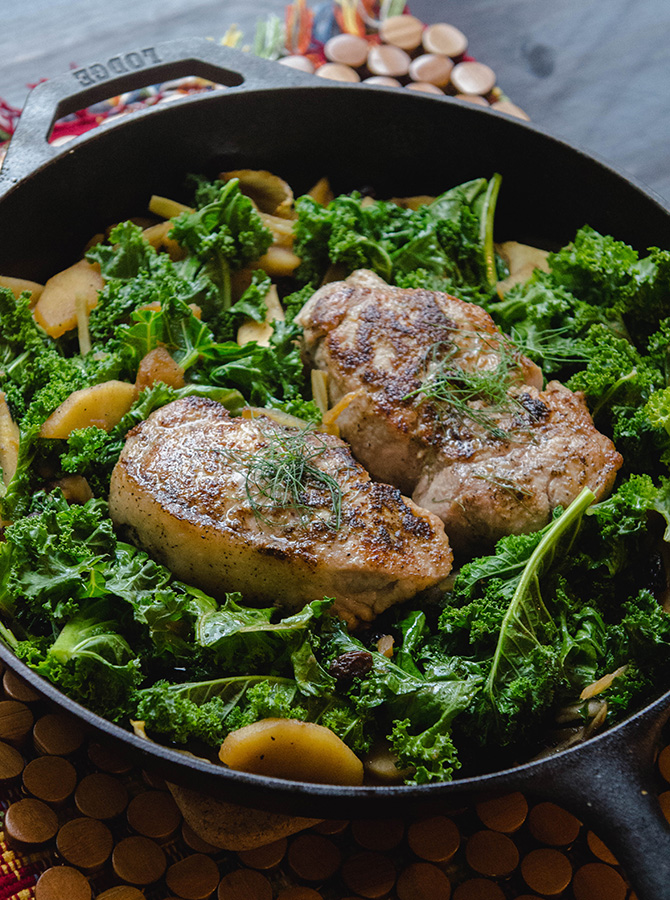 If I told you that you could make this entire meal and only dirty a single skillet, would you try to make-out with my face? Because, that’s totally going on. It’s another one-skillet wonder. So much better than a one hit wonder, right? Or… a one trick pony. Although, I sincerely wonder what the original One Trick Pony’s trick was. I imagine a pony wearing a tutu and singing songs from Les Mis while juggling. But, it probably wasn’t that cool since technically my imagination already puts that pony at THREE tricks. Don’t be a three trick pony isn’t a saying. 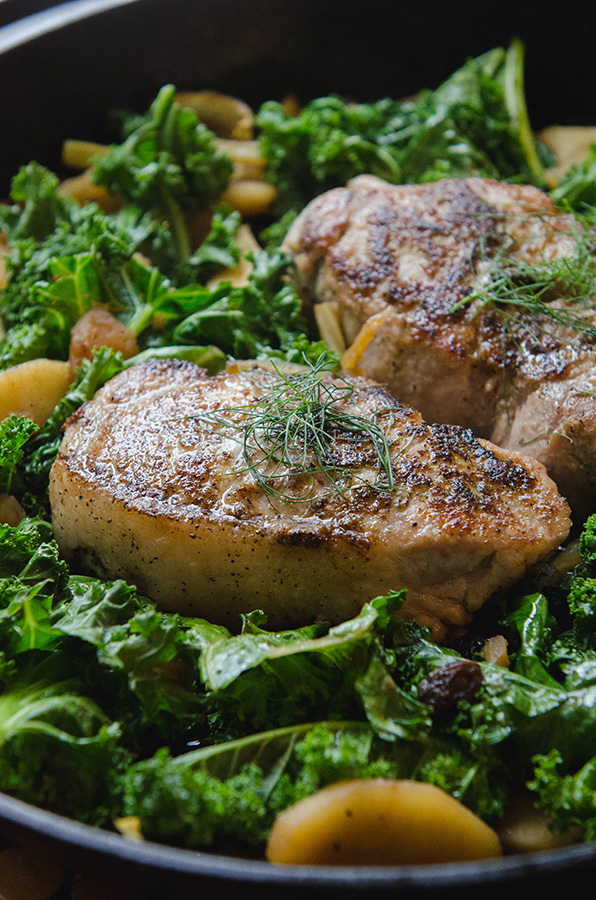 So, now that we’ve gotten that out of the way– how about some pork chops? These chops are sitting pretty on a bed of spiced-up warm apples, fennel, and wilt-y kale. I even got a little crazy at the last minute and threw in a handful of raisins. Don’t fight it. You’ll like it. It’s the cherry on top of this five-trick pony dish. Does that even make sense? Like… I put five things in a skillet, so it’s that many tricks? This post is tanking. The original One Trick Pony is most likely rolling over in his tiny pony grave. Ooof.

One-skillet. One hope. One dream. One love. One pork dinner. No tricks. All the ponies. Because, ponies.

No matter how awful the scope of my writing is within the confines of this post, know that this pork dish is approximately seven billion times better than my prose. It’s just that it’s a Tuesday that feels like a Monday and I’m still in a Sunday sweatpants wearing, couch-napping, state of mind. No one looks surprised. I should probably quit while I am behind. That’s not the phrase I’m looking for, but it is decidedly accurate. 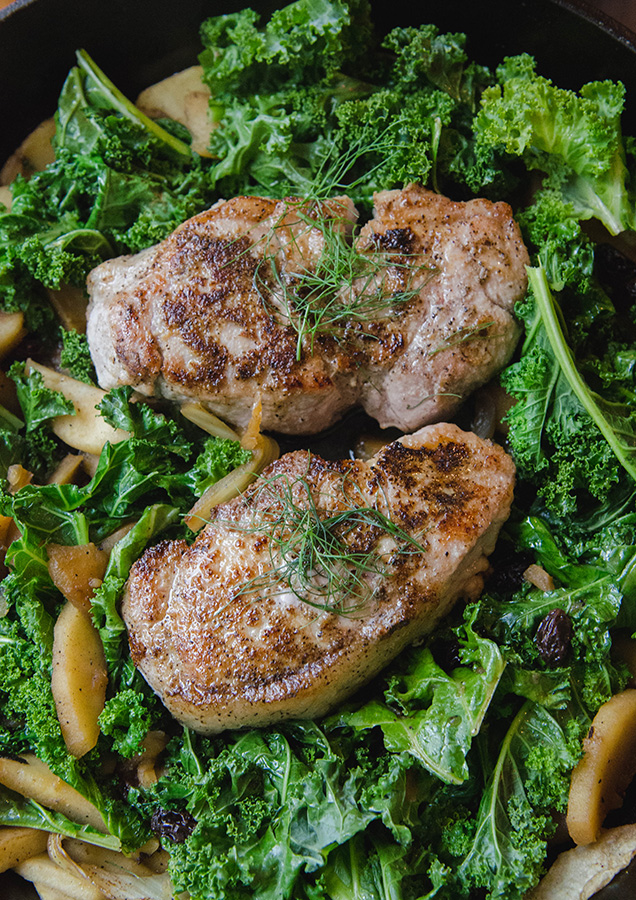 PAID ENDORSEMENT DISCLOSURE: In order for me to support my blogging activities, I may receive monetary compensation or other types of remuneration for my endorsement, recommendation, testimonial and/or link to any products or services from this blog.
Gina Marie2015-04-15T16:43:39-07:00